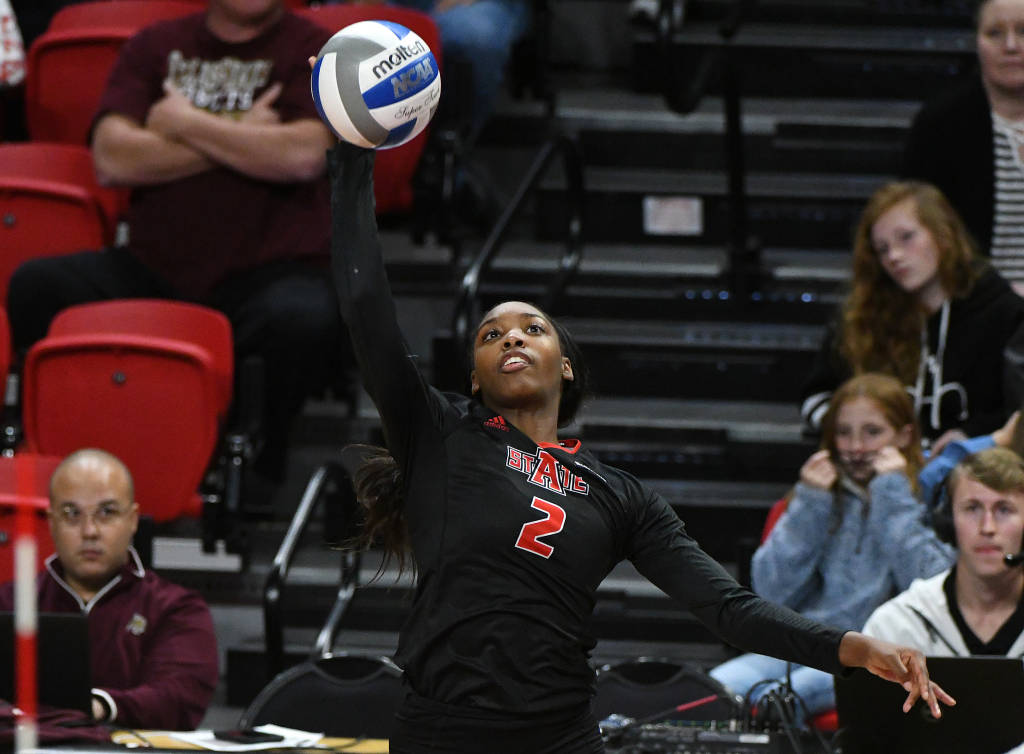 “Our girls fought hard tonight and we’re happy to get that win,” Said A-State head coach David Rehr. “The win helps improve overall standing for the conference tournament next week. We’re glad to celebrate this win and also celebrate Carlisa for her record-breaking career.”

The Red Wolves raced out to an early 3-1 advantage on back-to-back kills by Carlisa May in the first set. However, the Warhawks rallied when they tied the match at 7-7 on attacks errors by A-State. ULM extended its lead 11-8 when they went on a 4-0 scoring run led by Worley to force an A-State timeout.

Out of the timeout, the Red Wolves rallied on back-to-back service aces by May to tie the match at 14-14. A-State showed a sense of urgency when they took an 18-16 advantage over the Warhawks on a kill by Madison Turner to force a Warhawks timeout. The Red Wolves continued to push their advantage when they took the set 25-21.

In the second set, the home team took a 10-9 advantage over the Red Wolves on three service errors. But the Red Wolves rallied on back-to-back kills by May to tie the set at 17-17.  A-State showed resilience when they went up 23-22. A-State went on to take the set 29-27 on a kill by May.

The Red Wolves climbed from a 9-4 depict in the third when they rallied on a 6-2 scoring run to pull within 13-11. ULM couldn’t find an answer for the high-powered A-State offense when the Red Wolves pushed their advantage to 16-11. A-State took the set 25-19 on a kill by Turner.

The Red Wolves return to action Sunday when they face Louisiana at Earl K. Long Gym. The first serve is set for noon.

Original article source: http://www.astateredwolves.com//ViewArticle.dbml?DB_OEM_ID=7200&ATCLID=211779913 | Article may or may not reflect the views of KLEK 102.5 FM or The Voice of Arkansas Minority Advocacy Council