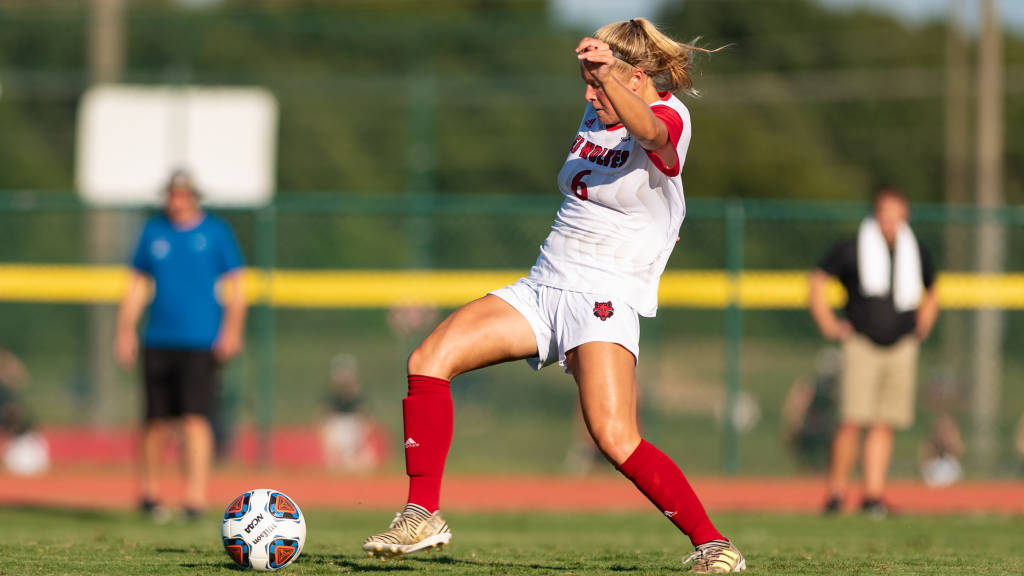 The Chanticleers won the match when Lauren Dabner collected a loose ball in the box and sent into the back of the net for the game-winning goal.

A-State took the lead in the 51st minute on Hailey Furio’s fourth goal on the season when she controlled a corner kick by Maggie Ertl and quickly sent in a shot that went by the CCU goalkeeper.

Coastal Carolina tied the match in the 65th minute when Hannah Miller sent a strike in from 30 yards into the top right corner and just out of reach of Kelsey Ponder in net. Ponder made four saves on the day, three of which came in the second half.

Following a frenetic end to regulation in which the Red Wolves took three corner kicks in the final minutes that resulted in a header by Julianna Coates that sailed high and shot by Lindsey Brochu that was wide, the match went into overtime

Original article source: http://www.astateredwolves.com//ViewArticle.dbml?DB_OEM_ID=7200&ATCLID=211777579 | Article may or may not reflect the views of KLEK 102.5 FM or The Voice of Arkansas Minority Advocacy Council