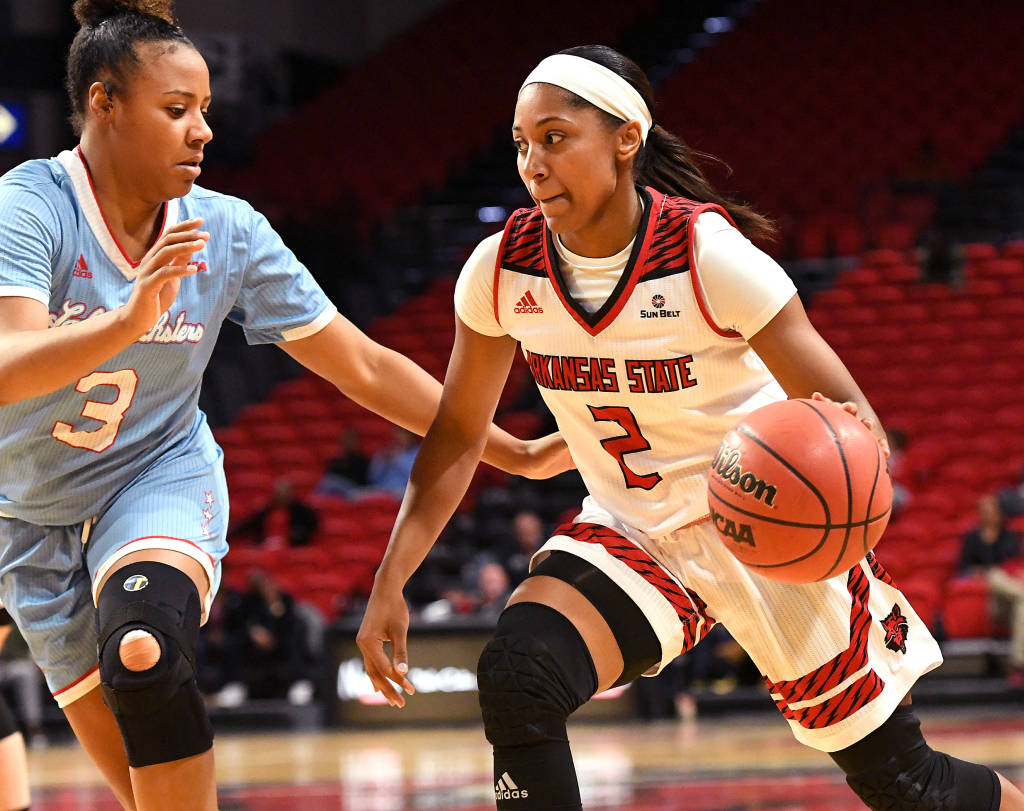 COLUMBIA, Mo. (12/30/18) – The Arkansas State women’s basketball team concluded the non-conference portion of its 2018-19 schedule with a 70-50 loss at Missouri Sunday afternoon.

The game featured eight lead changes and six ties, all of which occurred in the first half as A-State jumped out to an 18-16 advantage at the end of the first quarter. Wallace helped the Red Wolves get out to a hot start with a pair of 3-pointers in the final minutes of the period to help put her squad out in front.

“I was really proud of the effort we gave in the first half and the entire game,” A-State head coach Brian Boyer said. “We did a lot of good things offensively and our effort on the defensive was tremendous, but they were able to make a run in the third quarter and we just weren’t able to recover from it.”

Missouri used a 6-0 run to go up 32-25 with 2:23 to go in the half, but A-State cut the lead down to three at 33-30 after Jada Ford knocked down a trey from the corner with under a minute remaining. The A-State defense was key to the team’s success in the opening 20 minutes as it held the Tigers without a field for the final 4:07 of the frame

The Red Wolves continued to hang close midway through the third quarter when Wallace went to the free throw line with a chance to tie the game, but she missed both attempts, two of the teams 20 missed free throws on the day. The Tigers slowly began to stretch out its lead from that point and went on an 8-0 run to close out the period with a 51-38 advantage.

Original article source: http://www.astateredwolves.com//ViewArticle.dbml?DB_OEM_ID=7200&ATCLID=211785255 | Article may or may not reflect the views of KLEK 102.5 FM or The Voice of Arkansas Minority Advocacy Council