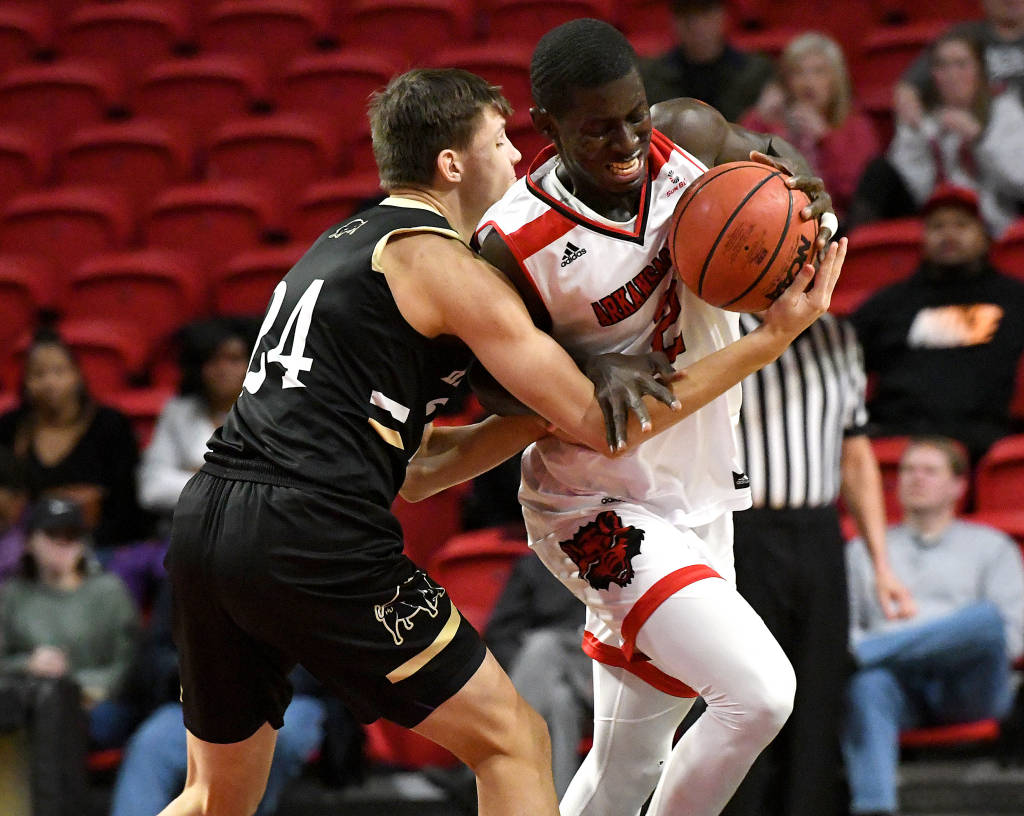 Eaton led all scorers with 23 points, one of five A-State (6-7) players to finish in double figures. Boudie notched his first career double-double with 14 points and 10 rebounds while Brevard collected his second on the year with 12 points and 10 boards. Ty Cockfield added 18 points and a career high seven assists while Kobe Wilson had a season-best 10 points. Gabriel Divic and Adam Horn led Harding (5-4) with 13 points each.

“That was a good win for our team tonight and I’m proud of the way we responded after how we played the first nine minutes,” said A-State head coach Mike Balado. “Sometimes, teams think they can just walk in and win, but I keep telling our guys every team on our schedule is a good team. Our non-conference schedule has been difficult for a reason and that is to prepare us for conference play. I’m happy with how we responded defensively and what we were able to do on the fast break tonight. We had 16 steals tonight which is great and we will take this and move on to conference play next week.”

A-State opened the second half on a 12-2 run to build a 22-point advantage, 56-34, and never looked back. The Red Wolves did not allow Harding to get closer than 19 points the remainder of the game, limiting Harding to 3-of-12 (25 percent) from 3-point range.

The Red Wolves had a season-best 10 blocks, most since having 11 against South Alabama on February 4, 2016. A-State snagged 16 steals, most since having 19 against Austin Peay back on December 16, 2012. Boudie and Brevard combined for six blocks and seven steals while finishing 10-of-12 from the field.

“Any time you get a win going into league play – it’s good,” said Balado. “It’s going to be a tough road swing against two really good teams. It’s always difficult to start conference play on the road, but it’s good to get this win under our belt and go into league play having won three of our last four.”

A-State heads to Lafayette, La., to open Sun Belt Conference play Thursday night. Tip-off from the Cajundome is set for 7:00 p.m. with the game being aired on ESPN+.

Original article source: http://www.astateredwolves.com//ViewArticle.dbml?DB_OEM_ID=7200&ATCLID=211785223 | Article may or may not reflect the views of KLEK 102.5 FM or The Voice of Arkansas Minority Advocacy Council