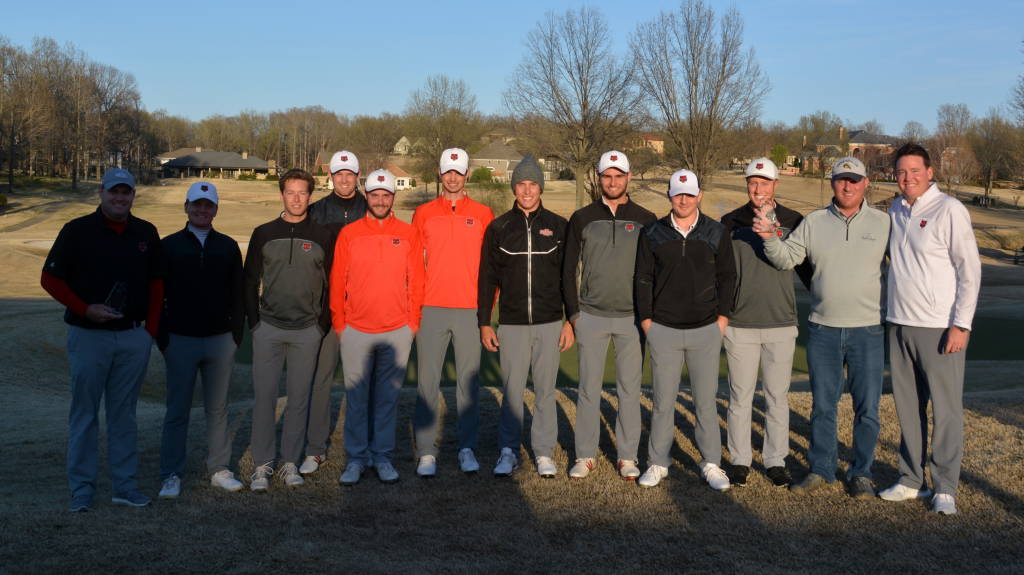 This is the second year the tournament will be played as the Bubba Barnett Intercollegiate after previously being known as the Red Wolves Intercollegiate. It was renamed in honor of Barnett, who, along with the late Wayne Wolfe, was instrumental in starting the annual tournament in 1997.

Barnett, a long-time supporter of Arkansas State golf and junior golf programs, has served on the tournament committee since its creation and acts as the tournament’s director. The tournament was won by former A-State men’s golf lettermen Wixson Huffstetler and Bart Burton, who played alongside two student-athletes from ULM.

Local amateurs from the tournament’s major sponsors were paired with different student-athletes from the competing teams. Today’s sponsors who were the top finishers were recognized and received awards at a tournament banquet honoring Wolfe.

The two-day tournament will officially begin the Monday at 8:00 a.m. at RidgePointe Country Club with the first round. The second round will immediately follow the first and the third round is set to begin at 8:00 a.m. Tuesday.

The Red Wolves, ranked No. 24 in the nation, will be playing their ninth tournament of the season. The squad is coming off an eighth place finish at the Lake Charles Invitational.

Live scoring will be used throughout all three rounds and can be viewed on GolfStat.com. Tournament results will also be posted on AStateRedWolves.com, the official web site of A-State Athletics.

Original article source: http://www.astateredwolves.com//ViewArticle.dbml?DB_OEM_ID=7200&ATCLID=211797999 | Article may or may not reflect the views of KLEK 102.5 FM or The Voice of Arkansas Minority Advocacy Council