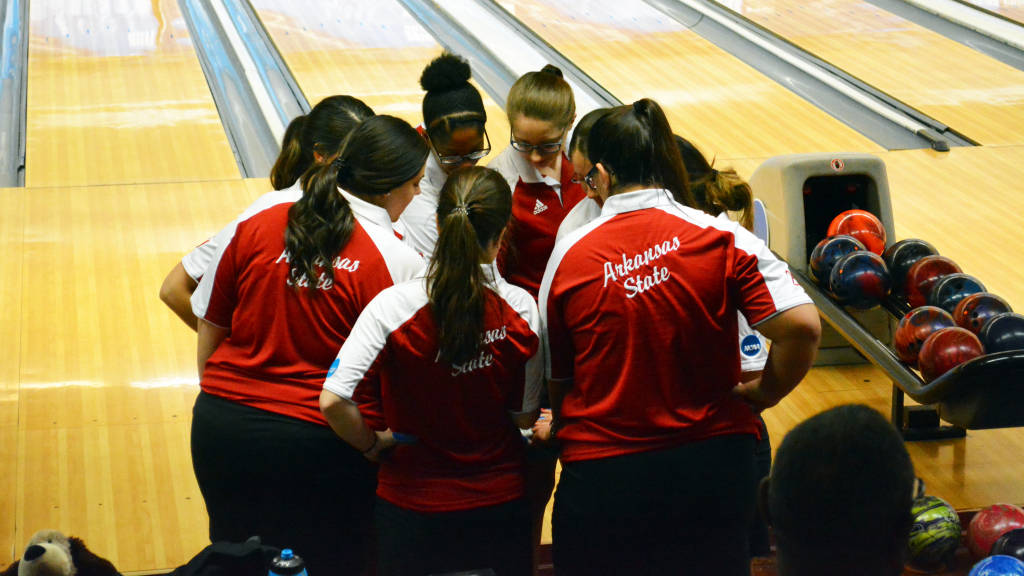 LINCOLN, Neb. (3/3/19) – The Arkansas State women’s bowling team concluded the 2019 Big Re Invitational hosted by the University of Nebraska with a third-place finish after the final day of competition Sunday.

The Red Wolves began the final day of competition by defeating Valparaiso 4-2 in a best-of-seven bracket format. A-State dropped the first two contest to Valpo, before defeating the crusaders in for straight matches to advance to the second round.

A-State faced Wisconsin—Whitaker where it earned a 4-3 victory to take second place in the tournament.

McKendree took first place in the tournament, while Nebraska followed behind in second. The University of Whitaker-Wisconsin finished in fourth while Central Missouri rounded out the top-d

The Red Wolves return to action Friday, March 15 when they compete at the Columbia 300 Music City Classic in Smyma, Tenn.

Original article source: http://www.astateredwolves.com//ViewArticle.dbml?DB_OEM_ID=7200&ATCLID=211793670 | Article may or may not reflect the views of KLEK 102.5 FM or The Voice of Arkansas Minority Advocacy Council