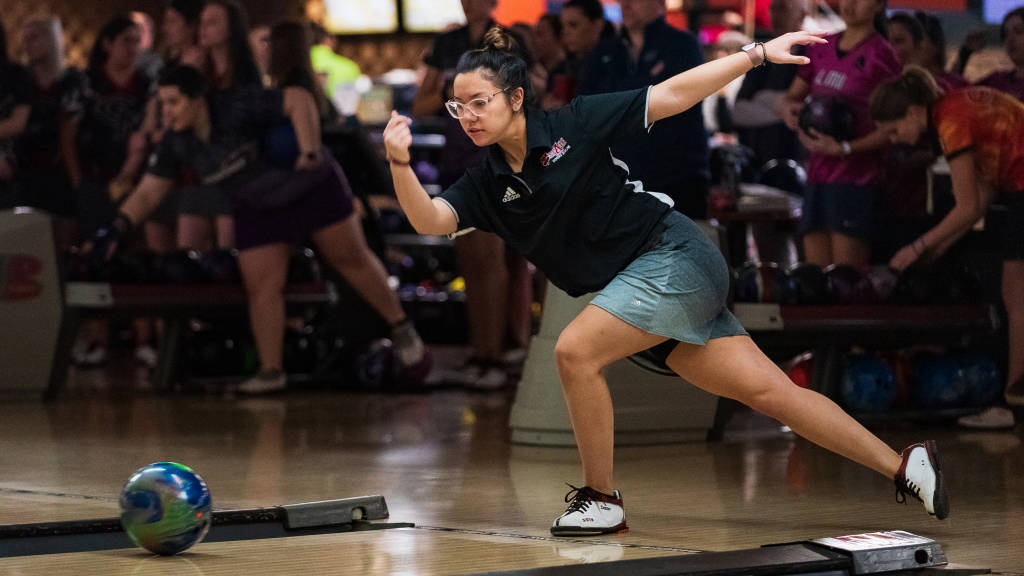 JONESBORO, Ark. (3/27/19) – The Arkansas State women’s bowling team earned an at-large bid to the 2019 National Collegiate Women’s Championship Wednesday afternoon when the selections were revealed by the NCAA afternoon in selection show on NCAA.com.

A-State enters the tournament with a record of 73-43 and earned their 12 straight appearance in the NCAA tournament after a strong season of competition the saw it place no worse than third-place in six of its nine regular season competitions, including a tournament victory at the Prairie View A&M Invitational in February.

“It’s always an honor to be selected into the NCAA Tournament field,” A-State head coach Justin Kostick said. “This year’s field is a little different from how things have been done in the past and should give the tournament a different feel as things progress.”

The Red Wolves will take on Medaille College in an opening-round matchup on April 9 in Wickliffe, Ohio at the RollHouse Wickliffe, where this year’s tournament is scheduled to take place. Eight conference teams earned automatic qualification, the remaining four teams earning at-large bids, including Arkansas State.

Should the Red Wolves advance, they would take on Nebraska in the double-elimination portion of the bracket which is set to begin April 11 in Wickliffe. The championship bracket will be double-elimination, with each round consisting of a best-of-three match that includes the use of three team game formats- baker total pin fall, five-person team match, and a best-of-seven baker match play. The champion will be determined using a best-of-seven baker match play.

Original article source: http://www.astateredwolves.com//ViewArticle.dbml?DB_OEM_ID=7200&ATCLID=211797481 | Article may or may not reflect the views of KLEK 102.5 FM or The Voice of Arkansas Minority Advocacy Council