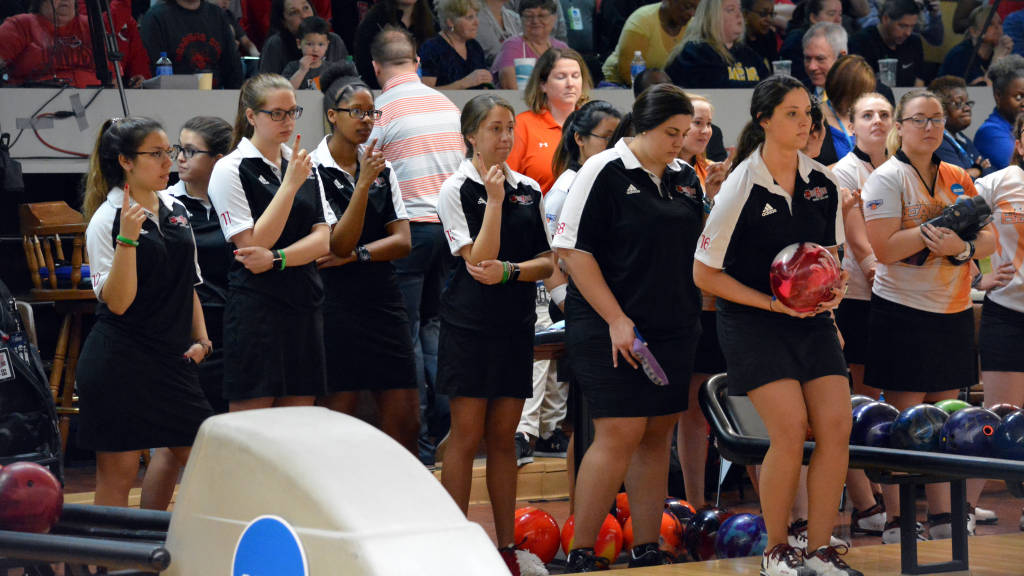 FAIRVIEW HEIGHTS, Ill. (10/26/18) – The Arkansas State women’s bowling team opened the 2018-19 season with a 2-3 record of the first day of competition the Bearcat Hammer Open hosted by McKendree at St. Clair Bowl in Fairview Heights, Ill.

A-State opened with a rough 993-965 loss to Maryville, but bounced back to defeat Prairie View A&M 849-827. The Red Wolves kept the momentum going with a 967-808 victory over Drury, before losing dropping a close match to McKendree 1050-1033. Arkansas State followed with 1041-940 setback against North Carolina A&T State to close out the first day of competition.

Arkansas State ranks eighth in total pinfall at 4,754 to sit behind the 4,762 knocked down by University of Central Missouri. The host team McKendree leads the field with a total of 5,112 pins, while Nebraska is second with a total of 5,094 pins. Vanderbilt sits in third place with a total of 5,088, while North Carolina A&T State is fourth at 4,808, followed by Wisconsin-Whitewater at 4,782 to round out the top-five.

Nebraska was the only team to go a perfect 5-0 on the day, while North Carolina A&T State and Wisconsin-Whitewater each went 4-1.

The second day of competition gets underway Saturday morning at 9:00 a.m. with five traditional team matches on the slate.

Original article source: http://www.astateredwolves.com//ViewArticle.dbml?DB_OEM_ID=7200&ATCLID=211777785 | Article may or may not reflect the views of KLEK 102.5 FM or The Voice of Arkansas Minority Advocacy Council