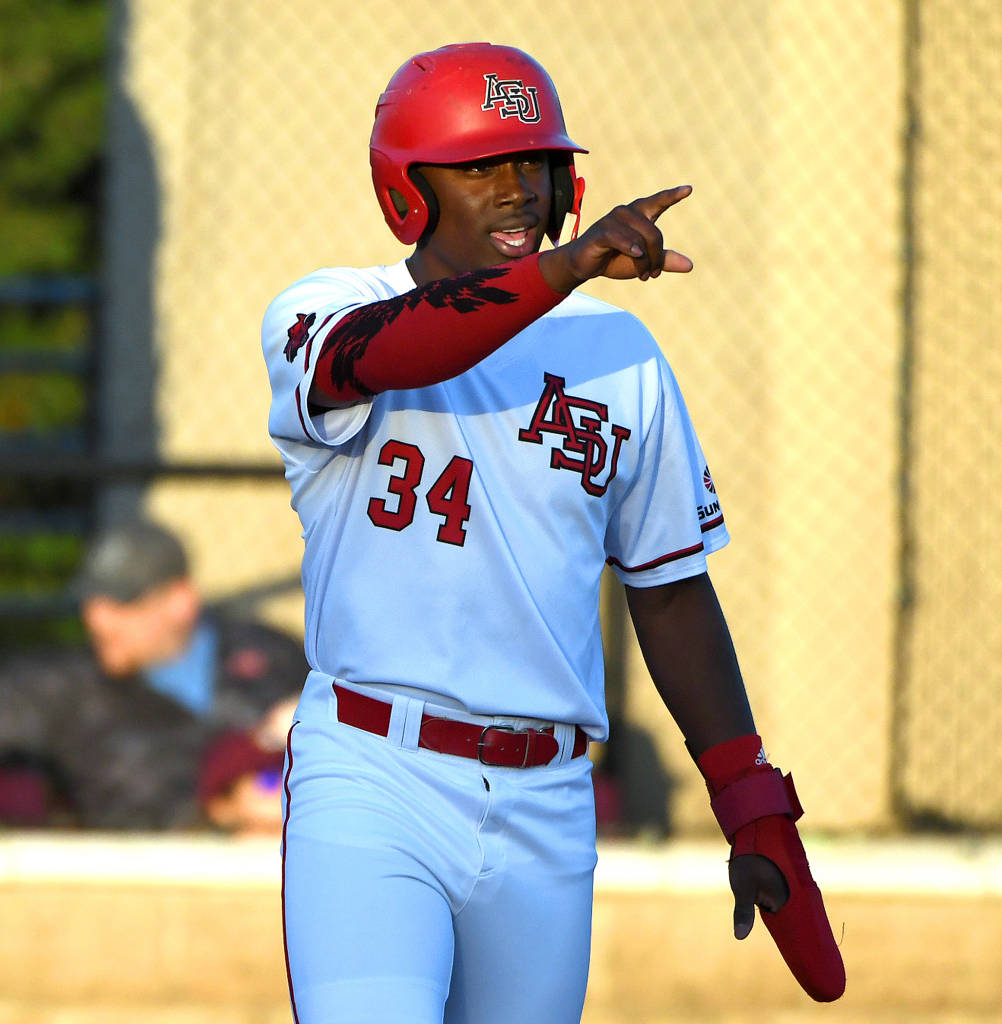 • Arkansas State is now 23-21 on the season after only taking one of three from ULM over the weekend at Tomlinson Stadium. In the last meeting between Arkansas State and Memphis the Red Wolves fell 7-4 on a ninth inning surge by the Tigers.
• The Red Wolves finally picked up its first Sun Belt Conference win after dropping eight-consecutive league matches.The Red Wolves haven’t dropped eight-consecutive conference games since the 2008 campaign, when they dropped 11-straight.

• Sun Belt Preseason Player of the Year, Kyle MacDonald had three hits over the weekend which included three RBIs and a home run. The senior also posted a team-high .300 batting average and a team-high .500 OBP.
• A-State is 6-5 in midweek contest, going 5-2 on Tuesday’s and just 1-3 on Wednesdays overall.
• Sky-Lar Culver enters the midweek matchup leading the team in a number of stat categories including a .342 batting average, RBIs (38), hits (55), doubles (13).

• Memphis posted a 3-2 week with a pair of wins against North Alabama and a victory against UCF in its weekend slate.Over the Tigers’ five games last week, Ouellette hit .476 (10-for-21), posted a .571 slugging percentage and added twodoubles and six RBI. The senior also drew three walks and stole a pair of bases.

• The Red Wolves and Tigers have played 157 times in history with AState trailing the all-time series 58-98-1. The 157 times are the most times Arkansas State has played any opponent.
• On April 3, The Red Wolves fell to Memphis 7-3 on a ninth inning surge by the Tigers. Memphis tacked on a five-spot in the ninth inning, when Hunter Goodman singled to left and Nick Vaage reached on a fielding error which brought home tworunners. The Tigers added two-more runs on back-to-back singles to extend their advantage 7-4.
• MacDonald finished the night one-for-four with two RBIs, a double and a run, while Culver finished two-for-four with anRBI and a run.
• The two teams have only not played in four seasons since 1948 with those years being 1973, 1983, 1985, and 1986.A-State lost the first meeting to Memphis 10-2 in 1948 before winning the second game that season 4-2. The lone tie in theseries came in 1965 by a score of 6-6.
• Memphis did the bulk of their damage from 1968-1991 by holding a 45- 12 advantage over the Red Wolves during that time frame. However, since the 1992 season, A-State holds a narrow 28-27 edge over the Tigers after splitting two games a season ago.
• Head coach Tommy Raffo is 11-10 against Memphis during his tenure that began in 2009. The team lost to Memphis16-8 in his first game against them, but bounced back to win 8-7 in 10 innings during the second meeting in 2009. The two teams have split the home-and-home series five times under Raffo, while A-State has swept the two games three times(2011, 2014, 2016), while Memphis has swept the two games in 2015 and 2017.
• In 2017, A-State defeated Memphis 11-4 in the first game behind 12 hits, including two home runs from Joe Schrimpf and another by Justin Felix. Brandon Stuckenschneider earned his first career win in the start
on the mound while the Red Wolves knocked Danny Denz, who is starting Tuesday, out of the game in the second inning after scoring four off of him. The rematch saw Memphis sneak by A-State 2-1 with a run in the ninth inning. The Red Wolves got a RBI double from Winston Welch but nothing else.

Original article source: http://www.astateredwolves.com//ViewArticle.dbml?DB_OEM_ID=7200&ATCLID=211802071 | Article may or may not reflect the views of KLEK 102.5 FM or The Voice of Arkansas Minority Advocacy Council