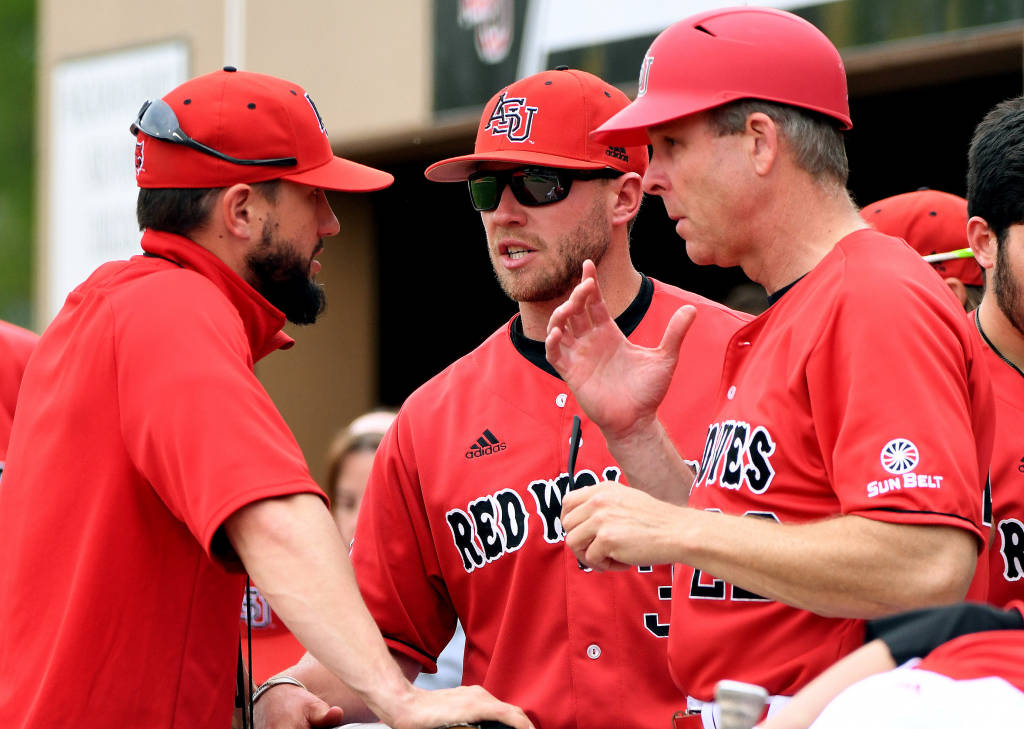 JONESBORO, Ark. (1/29/19) – The Arkansas State Athletics Department has announced that season tickets for the Red Wolves’ 2019 baseball season, which includes 28 home games at Tomlinson Stadium, are currently on sale and available for purchase through the A-State Ticket Office.

Season-ticket prices start as low as $65 for general admission seating, but are also available in the reserved section for $75 and in the field-level seating for $150.  A 20 percent discount per ticket exists in all three sections if four or more tickets are purchased.  The field level seating requires a $25 donation per ticket to the Red Wolves Foundation.

Tickets may be purchased by visiting AStateRedWolves.com/Tickets, by visiting the A-State Ticket Office at First National Bank Arena’s lower red entrance or by calling 870-972-2781.

The Red Wolves will open their 2019 campaign Friday, Feb. 15, with a three-game road series at Stephen F. Austin, and they will play their first home game Friday, Feb. 22 against Valparaiso.  The three-game series against Valparaiso will start a five-game home stand for the Red Wolves, who will also host non-conference games against teams such as Memphis and Ole Miss in addition to 15 Sun Belt Conference home contests.

The 2019 Grand Slam Banquet will be held Tuesday, Feb. 12 at First National Bank Arena. The event will feature a live and silent auction, dinner, a chance to meet the team and a 50/50 raffle. Former Major League pitcher Jonathan Papelbon will be the featured guest in this event.

Original article source: http://www.astateredwolves.com//ViewArticle.dbml?DB_OEM_ID=7200&ATCLID=211788349 | Article may or may not reflect the views of KLEK 102.5 FM or The Voice of Arkansas Minority Advocacy Council