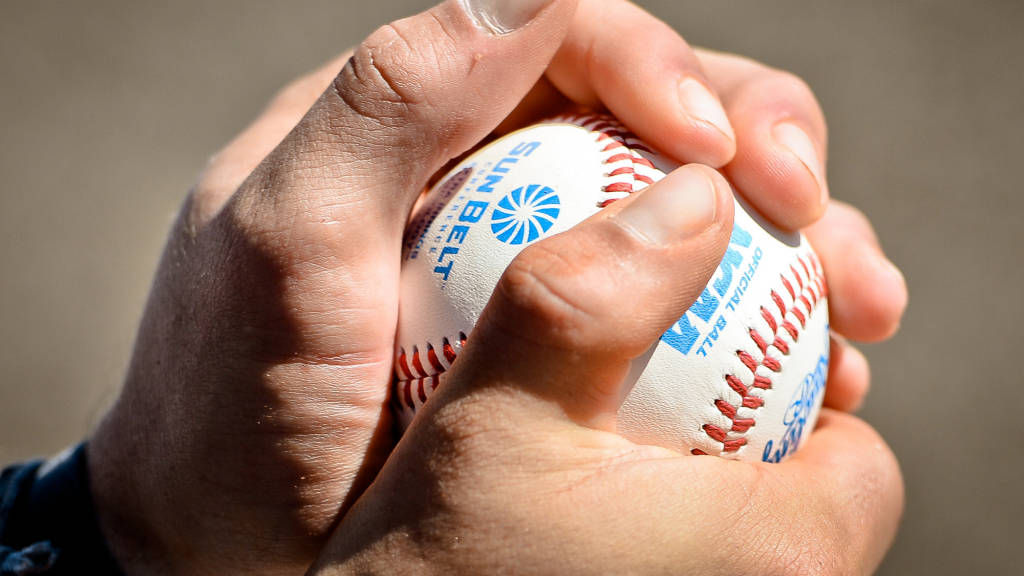 • Arkansas State is now 26-26 on the season and 11-16 in the Sun Belt conference after defeating #15 Ole Miss Tuesday evening at Tomlinson Stadium.
• The Red Wolves trailed 5-0 entering the bottom of the eigth but the squad rallied when Justin Felix sent a two-run
blast to left. Jacob Jablonski started the ninth with a leadoff walk and scored on an RBI single by Eli Davis. Drew Tipton walked,to put two on with one out and Sky-Lar Culver singled through the right side to bring the Red Wolves within one, 5-4. MacDonald narrowly missed a walk off home run, but came back with an 0-2 single up the middle to score Tipton. Anerror in center field allowed Culver to score the winning run to give A-State the 6-5 victory.

• A-State leads the all-time series with Little Rock by a count of 78-46 in a series that began in
the 1975 season with A-State winning both contests in Jonesboro by scores of 4-3 and 6-1. The Trojans made the trip to Jonesboro again the following season and A-State took both contests by counts of 4-1 and 4-2. The two schools didn’t play again until 1980 when Little Rock earned itsfirst two victories in the all-time series by scores of 7-4 and 7-2 in Jonesboro.
• The two teams played several times throughout the early 80’s, but have played in each season from 1987 through the present. The two teams because foes in the Sun Belt Conference in 1992,but the five games during the 1992 campaign didn’t count as league games. A-State won the firsttwo games by scores of 7-2 and 2-1 in Little Rock before sweeping a three-game set in Jonesboro later in the year by scores of 12-5, 20-7, and 23-7. Since then all of the games played between the two games have counted on the conference standings or occurred during the SBC Tournament, although the two teams have only met once in the conference tournament (a 13-10 A-State loss in 2000).
• Head coach Tommy Raffo is 29-12 against Little Rock all time. The team won two-of-three inLittle Rock to close out the 2009 season in his first three meetings against them. The Trojans won the series 2-1 in 2010 and won two-of-three in the first series of 2011, but A-State reeled off 13straight victories against Little Rock, including four series sweeps from the second series of 2011through the first game of the second series during the 2013 campaign. The Trojans won two in
a row to end the regular season that year to take the series. A-State swept Little Rock in the firstseries of 2014 under Raffo’s watch, but lost two-of-three to the Trojans in Little Rock before the Red Wolves won the 2015 season’s series in Jonesboro two games to one. In 2016, A-State took two of three from the Trojans in Little Rock. A-State dropped game one 9-4 before bouncing back to win games two and three (12-10 and 15-11) in comeback fashion.
• In 2018, the teams were only able to play two of the three scheduled games, but both of themwere ones to remember. The Red Wolves won the first game of the series 9-8 in 18 innings, thelongest SBC game in program history, on a walk-off single from Justin Felix. The game went to extras tied 6-6 but the Trojans scored two runs in the 16th, but A-State scored two in the bottomhalf to keep the game going. Bradey Welsh won the game with five innings in relief, while JustinFelix and Jake Bakamus tied the school record for walks with four. In game two of
the set, A-State scored 19 runs on 18 hits and defeated Little Rock 19-2. The team tied the school record for hit-by-pitches with eight and saw Jeremy Brown, Justin Felix, and Alex Howard each. total three RBI, while Grant Hawkins and Garrett Rucker had four hits.
• Last seaosn, the Red Wolves took two of three from the Trojans. In the first game the team wastied with Little Rock 6-6 entering the ninth inning, but a one-out double from Jeremy Brown scored Drew Tipton from second to send the Red Wolves to a 7-6 victory in the series opener. in the second game, A-State won 4-1 while Nate Alberius threw a complete game. The Red Wolves fellin the series fianle 6-2.

Original article source: http://www.astateredwolves.com//ViewArticle.dbml?DB_OEM_ID=7200&ATCLID=211803537 | Article may or may not reflect the views of KLEK 102.5 FM or The Voice of Arkansas Minority Advocacy Council