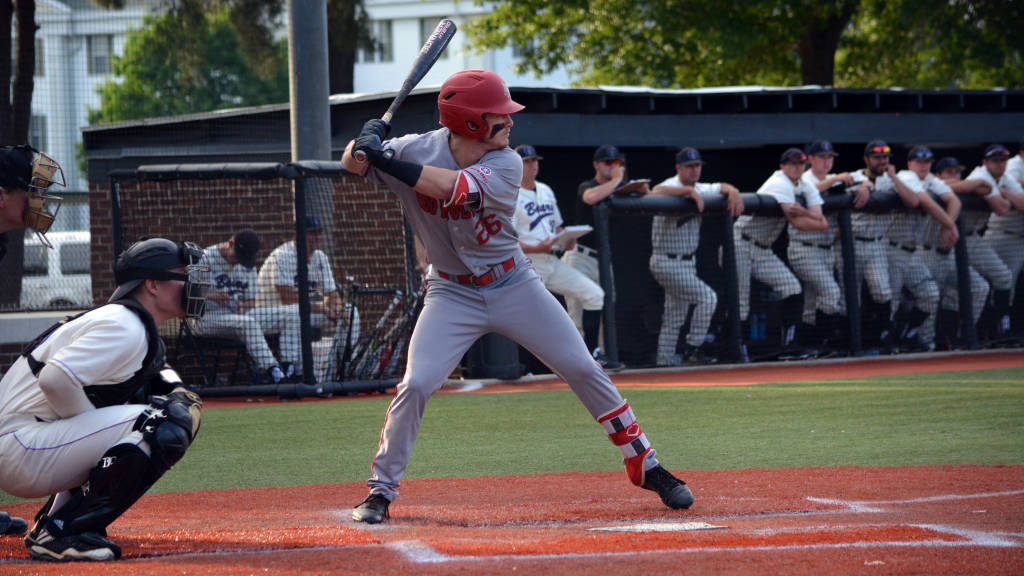 Freshman Zach Jackson was fantastic for the Red Wolves with five scoreless innings and allowed just two hits with 10 strikeouts against one walk.

A-State (0-1) opened scoring with a two-run single in the top of the fourth by Junior Sky-Lar Culver after a two out walk by Alex Howard however, Stephen F. Austin tied the game in the fifth when an error allowed an unearned run to score and then a hit batter with the bases loaded brought in the tying run.

Stephen F. Austin took the lead in the bottom of the eighth inning when Jared Martin hit a solo home run and Brandon Uhse followed later in the inning with a double to right centerfield to push the advantage to 4-2.

Culver, Drew Tipton and Jaylon Deshazier had two hits apiece at the dish as the team tallied 10 hits on the night but left 16 runners on base. Stephen F. Austin had 6 hits on the night with Jared Martin and Manny Vasquez with two each and Jordan Monacy, Brandon uhse posting one.

The Red Wolves return to action tomorrow in game-two of the three-game series against Stephen F. Austin. The first pitch is set of 2 p.m.

Original article source: http://www.astateredwolves.com//ViewArticle.dbml?DB_OEM_ID=7200&ATCLID=211790994 | Article may or may not reflect the views of KLEK 102.5 FM or The Voice of Arkansas Minority Advocacy Council