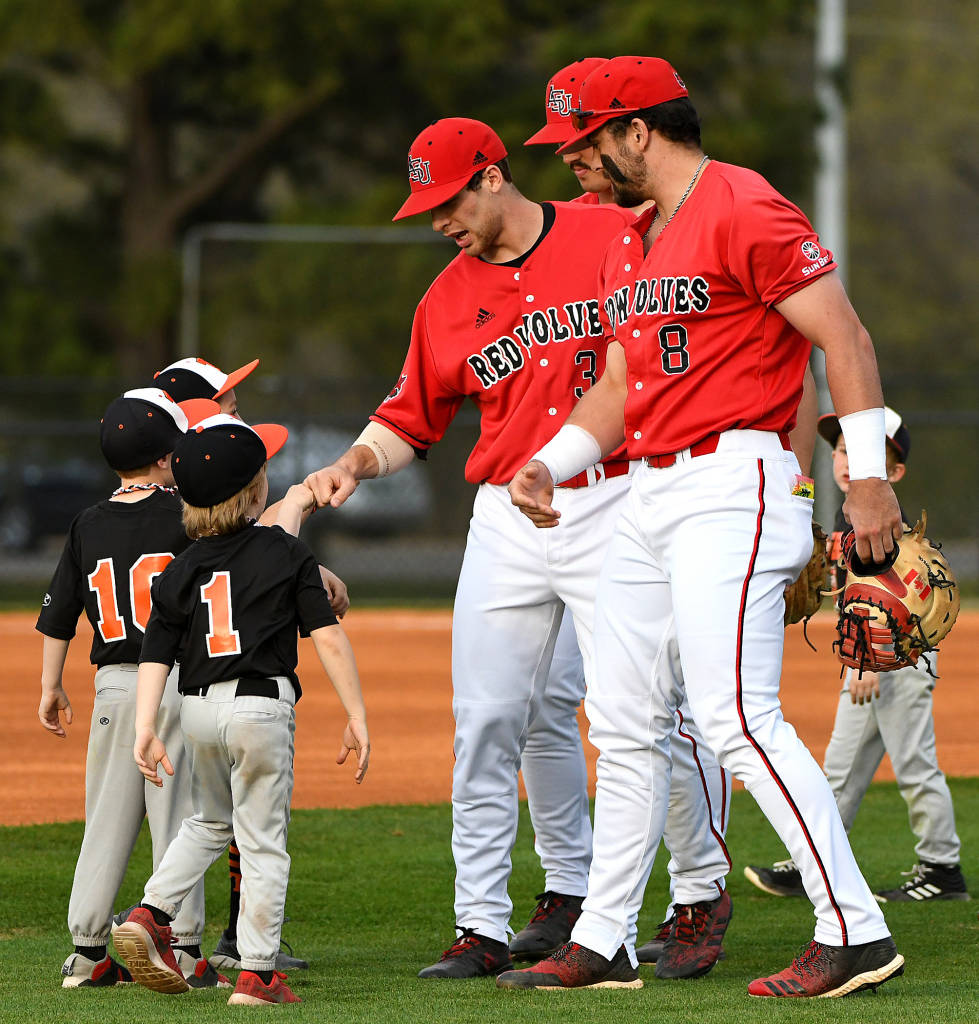 The Arkansas State baseball team dropped a 7-4 midweek week contest to Memphis, Wednesday evening at Tomlinson Stadium. With the loss, the Red Wolves fall to 19-11 overall while Memphis improves to 14-13 overall.

Memphis tacked on a five-spot in the ninth inning, when Hunter Goodman singled to left and Nick Vaage reached on a fielding error which brought home two runners. The Tigers added two-more runs on back-to-back singles to extend their advantage 7-4.

The Red Wolves rallied in the fourth inning, punching in a three spot, when Kyle MacDonald slashed an opposite field two-run double to left, welcoming Alex Howard and Drew Tipton home. Sky-Lar Culver extended the A-State advantage 3-1, when he smashed a single through the left side scoring MacDonald. The home team tacked on another run in the sixth inning to pull ahead 4-2.

Memphis took a 1-0 lead in the first inning, when Payton Marshall whipped an RBI single up the middle then advanced to second on the throw, which scored Ben Brooks. The Tigers added on another run in the fifth inning, to pull within 4-3 of the Red Wolves.

Arkansas state will return to action Friday, April 5, when it travels to Louisiana to compete in a three-game weekend series. The first pitch for Friday’s game is set for 6:30. The series will continue on Saturday with a 4 p.m. start time and conclude will Sunday at 1 p.m.

Original article source: http://www.astateredwolves.com//ViewArticle.dbml?DB_OEM_ID=7200&ATCLID=211798417 | Article may or may not reflect the views of KLEK 102.5 FM or The Voice of Arkansas Minority Advocacy Council