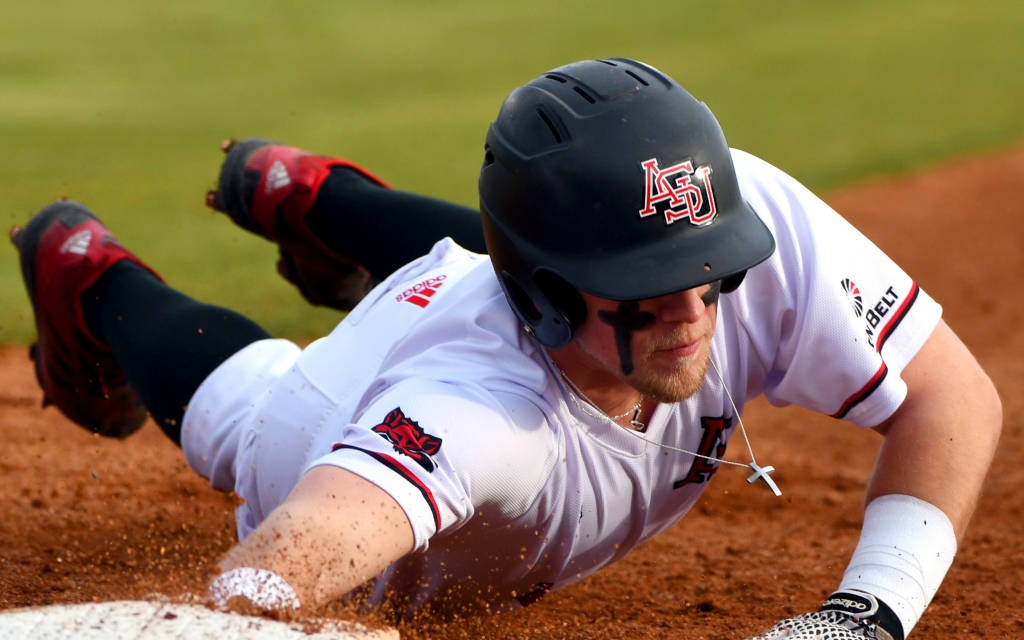 After two scoreless innings Eli Davis reached in the third inning with a single to center field, then he stole second to get himself into scoring position. Drew Tipton drove him home with an RBI single to left field to put the Red Wolves ahead 1-0.

Davis finished the game 3-for-4 with three RBIs in was a homerun short of completing the cycle. MacDonald added two hits and one RBI and scored on a wild pitch in the seventh inning to open up a 10-0 advantage. Drew Tipton, Leggo and Felix also added RBIs on the night.

In the top of the fourth Mississippi Valley State loaded the bases with one out but Zachary Patterson got Fredrick Spencer to ground into an inning ending double play. Patterson tossed 5.0 innings and gave up just six hits with no runs.

The bullpen combined to pitch 4 scoreless innings in relief led by Payton Lannon who gave up just one hit in two innings of work. Conrad Ray and Noah Stone each threw a scoreless inning to close out the game.

The Red Wolves return to action Friday March 1 when they travel to Ruston, La to face Louisiana Tech in a three-game series. The first is set for 6 p.m., from J.C. Love Field

Original article source: http://www.astateredwolves.com//ViewArticle.dbml?DB_OEM_ID=7200&ATCLID=211793009 | Article may or may not reflect the views of KLEK 102.5 FM or The Voice of Arkansas Minority Advocacy Council