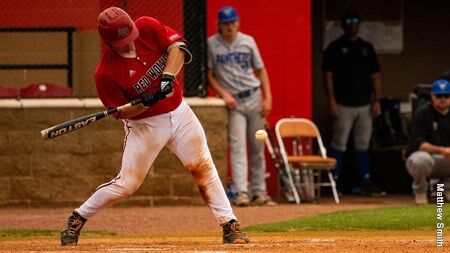 Raffo’s 15th season as A-State’s skipper begins with 15 of the first 16 games at home, starting with Opening Day at Tomlinson Stadium on Feb. 17 – the first game of a three-game series against in-state foe Arkansas-Pine Bluff. A midweek road test at reigning College World Series Champion Ole Miss concludes the first week of play.

First-time foe and new Sun Belt member James Madison then makes the trip to Jonesboro for a Thursday-Saturday set (April 6-8), followed by a midweek matchup with Murray State (April 11). The Red Wolves will then head to Atlanta for a three-game series at Georgia State (April 14-16).

The Scarlet and Black are at home for eight of the final 11 games in the month of May, beginning with a midweek test against Memphis (May 2) before a three-game series with Troy (May 5-7). Little Rock (May 9) returns for the final midweek contest of the season, then A-State closes out league play at Appalachian State (May 12-14) and at home against South Alabama (May 18-20).

The Sun Belt Conference Tournament, which will once again be played at Riverwalk Stadium in Montgomery, Ala., runs May 23-28, with the top 10 of 14 teams qualifying for the field.

A-State returns 13 players who saw action in 2022, including a pair of players who hit 10 homers apiece in Brandon Hager and Jared Toler, along with 22 newcomers in the offseason.

Season tickets for Arkansas State’s 2023 baseball season are on sale now by calling the A-State Ticket Office at 870-972-2781 or by visiting AStateRedWolves.com/tickets. Tickets for A-State’s Grand Slam Banquet, set for Monday, Feb. 13, are also on sale.

2023 SCHEDULE BY THE NUMBERS

Read the original here:
A-State Baseball Announces 2023 Slate. Article may or may not reflect the views of KLEK 102.5 FM or The Voice of Arkansas Minority Advocacy Council