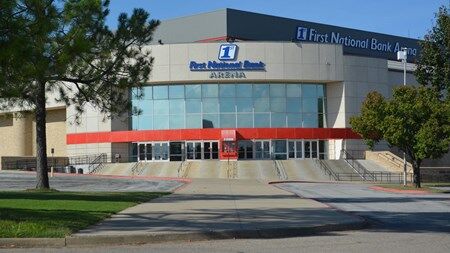 JONESBORO, Ark. (12/7/22) – Arkansas State Athletics has announced several basketball ticket promotions for fans covering the month of December as well as the rest of the men’s and women’s basketball seasons.

The Red Wolves take on Southeast Missouri State in men’s basketball action on Wednesday, Dec. 14, and fans will be able to take advantage of a “Flash Sale” and enjoy seats in the lower bowl of First National Bank Arena.  Beginning at 12:14 p.m. on Monday, Dec. 12, all lower-level seats for the 7:00 p.m. contest will be available to the public for just $14 each.

On Thursday, Dec. 15, the A-State Women play their only home game of December, hosting Grambling State at 7:00 p.m.  Fans will be able to buy a “four pack” of tickets to the Red Wolves’ final non-conference home game for just $15.  As a new feature at A-State women’s basketball home games this season, all seats are in the arena’s lower bowl.

Fans wanting to plan ahead, or perhaps grab a gift for the Red Wolves fan on their shopping list, can take advantage of a “Howliday Three Pack” and get tickets to the remaining three men’s basketball games in December – Dec. 19 against Alabama State, Dec. 22 against in-state rival Little Rock and the Sun Belt home opener against ULM on Dec. 31.  A lower-level ticket to all three games can be purchased for $50, while an upper-level seat at the three contests is just $30.

In addition to these “Flash Sale” and mini pack offers, season tickets for all remaining home games are available at a prorated price. For more information, contact the Red Wolves Foundation at (870) 972-2401.

These special offers can be taken advantage of by logging onto AStateRedWolves.com, by getting a link to ticket purchases through A-State’s official social media channels or by calling the First National Bank Arena ticket office at (870) 972-2781.

Continued here:
A-State Announces Multiple Basketball Ticket Promotions. Article may or may not reflect the views of KLEK 102.5 FM or The Voice of Arkansas Minority Advocacy Council