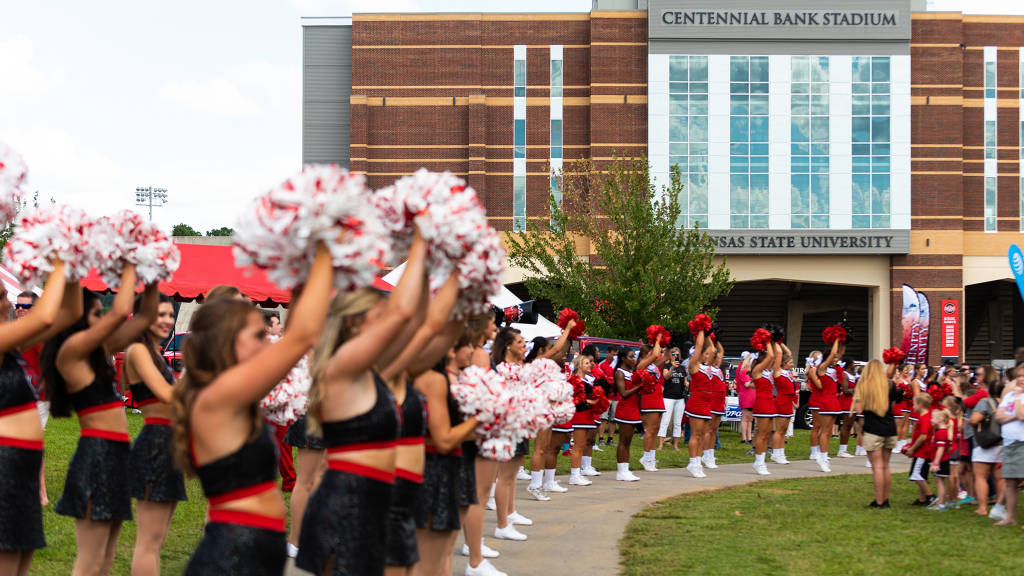 JONESBORO, Ark. (8/1/19) – The Arkansas State Athletics Department continues to implement new initiatives to improve the game-day atmosphere and fan experience at Centennial Bank Stadium, most recently announcing enhancements to both the First Community Bank Tailgate Community and Artents Tailgate Promenade as part of its “Game Day Party on the Ridge.”

Beginning this season, the area located north of the Red Wolf Walk sidewalk in the First Community Bank Tailgate Community will now permit open tailgating.  The area on the south side of the sidewalk will continue to allow open tailgating as well, just as in year’s past.

Fans will be able set up their tailgating space at 5:00 p.m. every Thursday before A-State’s five Saturday home games and at 5:00 p.m. on the Tuesday prior to the Red Wolves’ Thursday night contest against Louisiana.  Individuals can set up tents in the open spaces on a first come, first served basis.  Those individuals are also asked to please have their tents broken down and removed by 5:00 p.m. on the day following the game.

Additional enhancements are also being made to the Artents Tailgate Promenade, located south and west of the stadium.  The Hijinx Family Fun Zone is being relocated from the Student Activity Center to this area, which will also now feature live music and interactive games and experiences with Red Wolves student-athletes.

The chance to interact with A-State’s student-athletes could range from playing catch with a baseball player to shooting hoops with a member of the basketball team to racing against a track athlete and much more.

Original article source: http://www.astateredwolves.com//ViewArticle.dbml?DB_OEM_ID=7200&ATCLID=211808148 | Article may or may not reflect the views of KLEK 102.5 FM or The Voice of Arkansas Minority Advocacy Council