A Little Positivity: Xavier University Is Producing The Highest Number Of Black Medical Students In The Nation 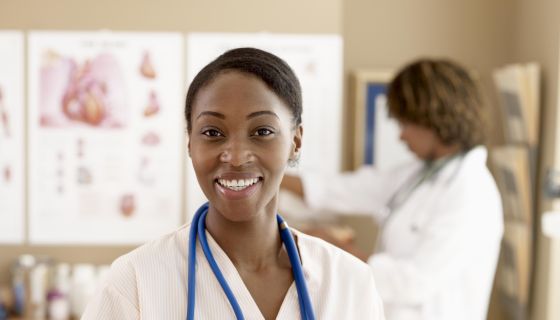 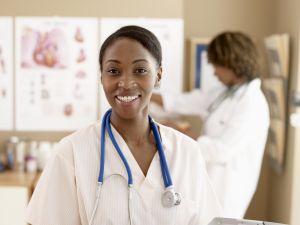 Xavier University of Louisiana, located in a western neighborhood of New Orleans, produces the highest number of Black medical students in the nation, the New York Times reports.

After becoming Loyola University’s first African-American law student in 1952, former President Norman Francis, took his skills and journeyed to Xavier University in efforts to raise the amount of Black doctors. At the time, the institution had a student body of approximately 1,300 Black students. In 1925, the small science program began to matriculate its first class of medical students.

Currently, Xavier has a humble population of 3,000 students and a low private tuition cost of $19,800 a year. Still, the university has remained first in comparison to Ivy League schools like Harvard and Yale University when it comes to bringing through the largest number of Black medical students, as well as Black students with bachelor degrees in biology and physics. In addition to cultivating these professionals, it is third for doctorates in science and engineering and in the top four for producing pharmacy students.

Many wonder how Xavier has been able to pull off such remarkable numbers with its small science program. The answer is in creating the university’s own elite.

“We decided we could do something about it,” Francis told the Times. “And what we did, what our faculty did, was just plain common sense.’’

Francis knew that the low amounts of Black doctors did not translate to students having been intellectually challenged but instead, they had been shorted in their previous school systems before arriving to Xavier. Francis decided to focus on mending the spaces that hadn’t been nurtured before the students even started college.

One particular student at Xavier, Pierre Johnson, was inspired early in his life when at the age of 10, his pregnant mother visited an obstetrician who was a Black man. Intrigued and inspired, he recognized that it was possible for him to also become a medical professional.

‘‘He knew she was a good woman who had a problem. And he gave me, at least, something to say: ‘I can do that.’ ’’ Johnson thought to himself that he would become a doctor, too.”

After graduating at the top of his class from a low performing high school on the south side of Chicago, he remained steadfast in looking for pre-med opportunities to pursue his dreams of one day becoming a doctor and chose Xavier University because of its high production rate.

“I used to say there was no relationship between being poor and being bright,” Francis told the Times. “I watched all of my life young people who were poor and very bright. But research shows if you are black and born poor, you are going to live in a poor neighborhood, going to go to a poor school, and by and large, you are going to stay that way. To come out of that system, you would have to rise much higher than other youngsters who had every resource.’’

Aware of educational setbacks that were out his control, Johnson took his collegiate career into this own hands and he committed to visiting office hours and tutoring sessions to stay afloat and succeed in his department. He is now a doctor practicing in Decatur, Illinois.

Xavier is aware that doing well in science courses is not a surefire way to be admitted into medical school, but the university also works on molding its students into holistically great candidates. Professor J.W. Carmichael, a chemistry teacher, has played a major role in helping students work through study groups and classes. With previous experiences in organizing structures for students to succeed in science, he created a space for them to work together and teach one another.

Despite the fact that Black Americans only account for four percent of the nations doctors, Francis has made a large impact on that number. He has stepped down from his presidency after 47 years, but his methods reflect the approach that perhaps the American school system could adopt and learn from to produce greatness in students despite demographics and resources.

Ready For HBCU Homecoming? We’ve Got All The 2015 Dates

Students #TakeBackHU On Twitter To Air Out Complaints About Howard University

Original article source: https://newsone.com/3180842/a-little-positivity-xavier-university-is-producing-the-highest-number-of-black-medical-students-in-the-nation/ | Article may or may not reflect the views of KLEK 102.5 FM or The Voice of Arkansas Minority Advocacy Council

Bronx native, Anexis Ruiz, is a rising artist that centers his messages around providing spaces for marginalized communities. Love and freedom are two words that echo throughout Ruiz’s work in Read more