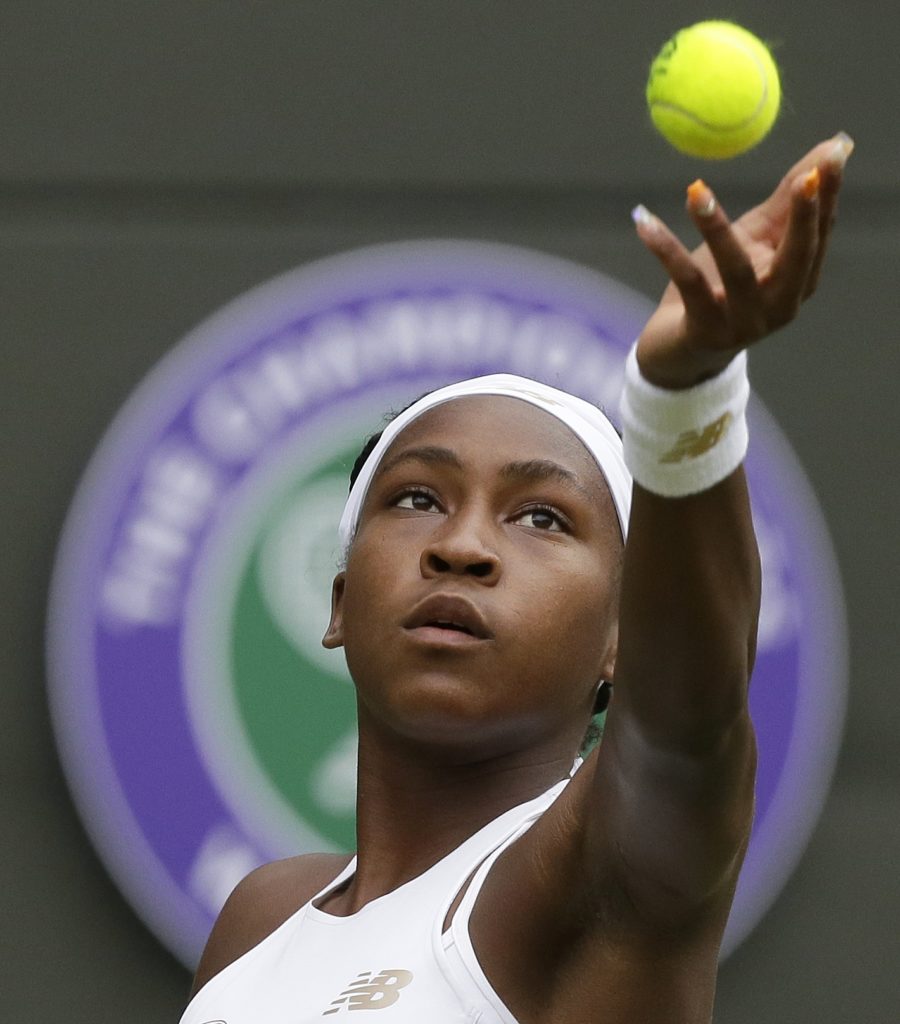 Cori Gauff is part of a new generation of Black Girl Magic in tennis and we must protect her at all costs.

The 15-year-old from Atlanta, became an
overnight sensation after winning her first round Wimbledon match versus tennis
icon Venus Williams last Monday. This feat was phenomenal because it was Cori’s
first Grand Slam singles game. Cori, who turned professional when she was 14,
is also the youngest player to qualify for Wimbledon.

“I wouldn’t be here if it wasn’t for her,” Gauff said after winning against her idol Williams, Washington Post reports. “And I was just telling her that she’s so inspiring. Like, I always wanted to tell her that. And even though I met her before, I guess now I have the guts to.”

Cori was given the opportunity to play on the
London courts after she was selected as a wild card player for Wimbledon’s
qualifying rounds and then defeated a top-seed in those matches, according to ESPN.

Now all eyes are on Cori to see how far she
takes her winning streak. So far, she’s keeping the momentum.

On Monday, she lost her match against #7 seed Simona Halep of Romania in Wimbedon’s Round of 16.

Despite the loss, Cori’s Wimbledon journey has been inspiring and big names like Samuel L. Jackson, Michelle Obama, and Jada Pinkett Smith have been cheering her on via Twitter. The young star won her second round match on Wednesday, defeating Magdalena Rybarikova of Slovakia. On Friday, Cori scooped another victory in her third round match against Polona Hercog of Slovenia.

It’s clear Cori is on the road to becoming a household name in sports. Here are six facts about the young star.

1. Her nickname is Coco

Cori’s father and
coach Corey Gauff, gave her the nickname Coco. When Gauff was a kid visiting
family in Louisiana, his kin gave him the nickname “Co,” according to NOLA.com. So naturally he passed down the name
to his daughter.

2. Her parents were athletes too

The teen’s father
played basketball for Georgia State University. Cori’s mother Candi was a
Florida State hurdler and heptathlete, the New York Times
reports. She was also a gymnast in her early years.

3. Cori has been training for this moment since she was 6

4. She already has two multi-year sponsorships from big
brands

In 2018, Cori signed on with New Balance for a sponsorship
deal. The pasta company Barilla is also sponsoring the the teen.

5. Cori has made history before.

When she was 13, Coco
became the youngest player to compete in the U.S. Open junior finals, CNN reported. In 2017, she also became the
youngest to be ranked no. 1 junior player.

On her Instagram, Cori made a post dedicated to Jaden Smith’s 2018 mixtape The Sunset Tapes: A Cool Tape Story. She also dressed up as the Marvel superhero Thor Odinson for Halloween in 2018 and proclaimed herself the “Queen of the Asgard.” Surely she’s working hard to be the new Queen of the tennis courts very soon.

Original article source: http://aurn.com/6-things-to-know-about-cori-coco-gauff-the-new-tennis-prodigy/ | Article may or may not reflect the views of KLEK 102.5 FM or The Voice of Arkansas Minority Advocacy Council